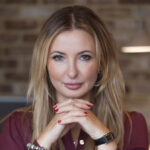 President of the Board of Experts. Originator, founder and president of the Individual Women Investors’ Club. Ewa is a manager with many years of experience in the media industry and capital market. She created the training and conference section in the “Parkiet” and “Rzeczpospolita” dailies from scratch. In the years 2005-2012, she was the manager and then the director of the Conference and Training Department of Presspublika, managing a team of over ten people. In 2012, she was the Managing Director at the Capital Market Institute of the WSE Capital Group.In 2012-2013, she was the Marketing and Sales Director in J.W. Construction Holding S.A.From 2013 to 2020, she led communications activities, managed crisis situations and was responsible for investor relations for, among others, Polnord S.A., GPW S.A., CFA Society Poland, Złota 44, Blue City, the Jarczyński Group or the Polish Energy Storage Association. From 2015 to 2017, she was the spokesperson for Polnord S.A. She has finished a stock broker course, a stock analyst course and several training sessions in media self-presentation. She is the co-creator of many educational projects. Ewa graduated from WSB-NLU (Wyższa Szkoła Biznesu – National Louis University) in Nowy Sącz and the Kozminski University in Warsaw. 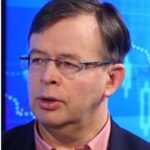 Krzysztof is a graduate of the Faculty of Physics at the University of Warsaw, as well as the faculties of Finance and Accounting, and Marketing and Management at the Warsaw School of Economics and Postgraduate Management Studies at the Warsaw School of Economics. He has worked in the financial market since the early 1990s. He started his career on the Mexican stock exchange in Grupo Monroy, and then continued on the trading floors of European stock exchanges, including the Warsaw Stock Exchange. He is currently employed at the National Bank of Poland and at the Warsaw School of Economics, where he lectures on e.g. Investment Banking, Technical and Fundamental Analysis, Behavioral Finance, and Alternative Investments at 1st, 2nd and 3rd degree and postgraduate studies. He has also previously tutored at three European universities. Author and co-author of 17 monographs and about 150 scientific articles, as well as tens of thousands of technical and fundamental analyses prepared for clients of investment banks and brokerage offices for which he worked. He conducts webinars on technical analysis for PulsBiznesu and participates in monthly meetings with leading market analysts organized by the “Parkiet” daily. In 2013, Krzysztof received the award for the best technical analyst, awarded by the “Parkiet” daily. 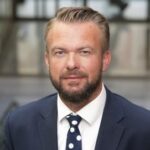 Capital Markets Expert at Business Centre Club, President of the Institute of Capital Markets and Finance. Jarosław served as President of the Warsaw Stock Exchange, Deputy Chairman of the Stock Exchange Supervisory Board, and was a director in theBoard of Directors of one of the largest equity trading platforms – AQUIS Exchange based in London. He was also the Chairman of the Supervisory Board of the Polish Power Exchange (TowarowaGiełdaEnergii S.A.), Chairman of the Supervisory Board of Bondspot S.A. and Chairman of the Regulatory &Corporate Governance Committee of the Stock Exchange Supervisory Board. He also served as an International Partner at one of the largest global law firms, Chadbourne& Parke. He is a member of supervisory boards of corporations and advisor of management boards in IPO processes and investment projects. He specializes in capital markets law, commercial companies law, as well as in the organization of financing of companies and investment projects. He advises clients on preparing companies for IPOs, investor relations, capital markets law, regulatory issues related to capital market infrastructure, and arranging financing for investment projects in various jurisdictions. He also advises on issuing bonds, restructuring of financial liabilities and commercial real estate investments. Jarosław has extensive experience in preparing prospectuses and advising on IPO processes, both on the Polish and foreign markets (Nasdaq Nordic, London Stock Exchange, Hong Kong Stock Exchange, Frankfurter Boerse). 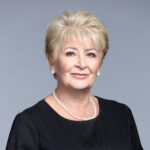 Managing Partner of PKF Consult. A graduate of Economics at the University of Economics in Wrocław, Strategic Leadership Academy in ICAN Institute, and the Institute of Leadership & Management in London, a statutory auditor, an expert in accounting, audit, finance, capital market, corporate governance, and management. Founder and Managing Partner of PKF Consult – the auditing and consulting company operating in the Polish market for nearly 30 years, which belongs to PKF International – an international network of firms. She participates in numerous projects, including the audit of standalone and consolidated financial statements, the preparation of the financial part of the prospectus, and consultancy in the process of restructuring and mergers of companies. She is a co-creator of several restructuring programs as well as analyzes, valuations, and financial due diligence parts. Since 1991, a member of supervisory boards of companies, including companies admitted to public trading. She is a member of the Ethics Committee of the Polish Chamber of Statutory Auditors and a member of the Founders Council of the Polish Institute of Directors Foundation. From 2009-2016, she was a member of the Audit Oversight Commission (KNA) – a public oversight body for auditing financial statements. Lecturer in accounting, financial instruments, and financial reporting of capital groups at universities (including the Warsaw School of Economics) and many training institutions. She also lectures at obligatory training courses for statutory auditors in the field of Polish and international accounting and auditing standards. She is a co-author of scientific books in the field of accounting and the author of several press articles on capital markets, accounting, financial reporting, and auditing. 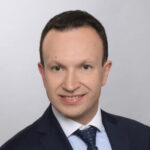 A graduate of the Warsaw School of Economics, doctor of economic sciences. He has an investment advisor license no. 154. Grzegorz started his professional career in the PZU Group (TFI PZU S.A., and later also in PZU Asset Management S.A.), where, in the years 2000-2007, he was employed, among others, as an analyst and fund manager, and then he was in charge of the Product Development Department. In the years 2007-2013, he was the Head of the Product Management Department, and then the Head of the Investment Department at BPH TFI S.A. Since 2013, he has been a Member of the Management Board at Nationale-Nederlanden PTE S.A. (a pension society managing the largest OFE), being responsible for the risk and finance area. In the past, he also served as a community vice-president and then president of the Association of Brokers and Investment Advisors. He was a member of the examination board for stock brokers and an exchange court judge. Grzegorz has carried out numerous courses and trainings in corporate finance, investing, and investment financial management. 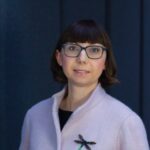 ACCA, CFA, FSA Credential-holder, Co-Chair 30% Club Poland, President of the Management Board of WM Advisory Sp. z o.o. Milena has several years of experience in the capital market. She currently runs a boutique consulting company assisting management boards in value building, financial and non-financial reporting, quotations and investor relations. She serves in the Corporate Governance Committee of the Warsaw Stock Exchange. She is an active independent member of the supervisory boards of companies listed on the Warsaw Stock Exchange and a member of the Independent Supervisory Board Members Association. She is a guest lecturer at postgraduate studies at such institutions as the Kozminski University in Warsaw, the Cracow University of Economics and the Lazarski University (at the latter she also acts as an expert at the Institute for Sustainable Development and Environment). She is also a business coach at the EY Academy of Business. Milena is also the founder and Co-Chair of 30% Club Poland – a social campaign that aims to increase the share of women in company boards. She started her professional career in Ernst &Young. She was a listed company analyst at international brokerage offices for ten years and has received numerous awards both nationally and internationally for her insights and market sense. 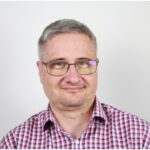 Polish journalist and economic commentator, financial blogger. Co-founder of homodigital.pl A blogger, influencer, publicist, economist, and analyst of financial developments. Owner of the website “Subiektywnie o finansach” (www.subiektywnieofinansach.pl). From 2009 to 2017, Maciej ran a blog (Samcik.blox.pl) with the same tagline. In the years 1997-2018, he was a financial journalist for “GazetaWyborcza” and the founder of EkipaSamcika (a group of journalists conducting intervention activities). He was a co-founder and editor of “GazetaPieniądze” supplement, and later “PieniądzeEkstra” supplement (Thursday financial pages in the “GazetaWyborcza” daily). Maciej specializes in finances. He writes about the stock market, insurances, investing, banks and personal finances. He won prestigious journalism awards. In 2005, he received the “Grand Press” award in the “specialized journalism” category, and in 2014 – the “Grand Press Economy” award. In 2013, he was recognized as the best economic journalist in the WładysławGrabski competition, organized by the National Bank of Poland. He is a winner of a special award from the Office of Competition and Consumer Protection, the Press Club Economic Journalism Award, and – as the only journalist in Poland – a double winner of the “Capital Market Hero” award from the Individual Investors Association. Finalist of the DariuszFikus Award for journalism of the highest standing. Maciej was also awarded by industry financial market organizations. In 2004, he received the Marian Krzak award from the Polish Bank Association, and in 2006, he was awarded the prize of the Chamber of Fund and Asset Management for the best journalist in investment funds. He wrote four guidebooks on money and consumer issues: „Przewodnik po domowych finansach” (2010), „Jak inwestować i pomnażać oszczędności” (2012 and 2014), „100 potwornych opowieści o pieniądzach” (2014) and „Moje pierwsze kieszonkowe” (2016). He comes from Poznań. An economist by profession, he graduated from the local Academy of Economics. Besides finance, he is interested in photography, contemporary Polish history and tennis. 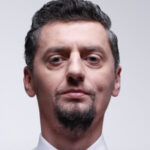 Editor-in-chief of the Parkiet and deputy editor-in-chief of the Rzeczpospolita dailies.
Andrzej has been involved in the financial market since 1993, first as an investor, then as a broker, and later as a journalist and editor of economic newspapers. Since 2012, he has been the editor-in-chief of “Parkiet” and since 2016, he has also been the deputy editor-in-chief of “Rzeczpospolita”. At Gremi Media, he manages the country’s largest economic newsroom. Previously, for seven years from 2000, he was a journalist of the economic section of “GazetaWyborcza”. At that time, he was nominated for the Grand Press award and he was named “Best insurance journalist of 2007” by the Polish Insurance Association. He was the editor of the Investor section in “PulsBiznesu” for six years from 2007. He was a broker at BM Bank BPH, and from 2010 to 2012 – a member of the Management Board, and later – a member of the Council at the Association of Brokers and Investment Advisors. Andrzej is a graduate of the Cracow University of Economics. 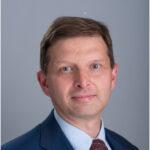 Economist and financial markets analyst. Marek studied at the Faculty of Finance and Banking of the Cracow University of Economics and at the Faculty of Electrical Engineering, Automatics, Computer Science and Electronics of the AGH University of Science and Technology in Cracow. After graduation, he worked as an analyst and economist at Bank Przemysłowo-Handlowy and the merged BPH PBK. He also gained professional experience as Chief Economist at financial advisory company TMS and TMS Brokers, and Chief Economist at the Internet Brokerage House. He was also a lecturer at the Toyota Academy. Currently, he is a lecturer at MBA studies and postgraduate studies at the WSB Academy. He also tutors at postgraduate studies at the Warsaw School of Economics and the Kozminski University. At the same time, since 2002, he has been involved in the preparation of macroeconomic and market forecasts, business analyses and financial management. He is also an investor. He serves or has served on numerous supervisory boards. Marek is a member of the scientific council of Eurocash. He was the chief of economic advisors of Prime Minister Kazimierz Marcinkiewicz, and won the “Political Advisor of the Year” award. He was also, among others, a member of the Team for Reform of the Health Service under Minister ZbigniewReliga and President Lech Kaczyński’s health advisor Tomasz Zdrojewski. His comments on economic issues regularly appear in the media.